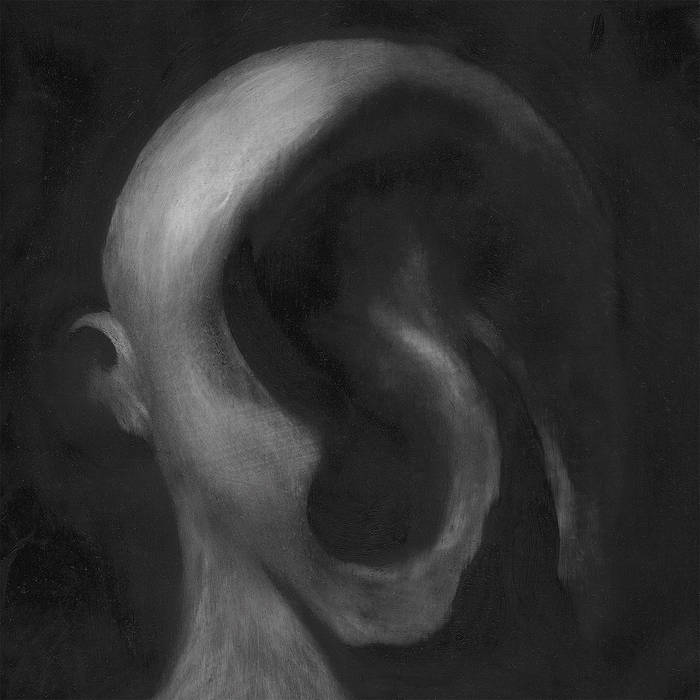 Carsten Pieper And, as well, thousand thanks to Markus Reuter et al at iapetus for the "flack briday" reminder, which got me digging up their stuff from the depth of my wishlist. Would have been a shame to miss this one!

To quote: "With echoes of Mike Oldfield’s melodicism, Crimsonesque complexities, churning bass that wouldn’t be out of place in classic-era Yes and even languid Floyd-like soloing, the link to a progressive rock vocabulary is unmistakable."
Yeah, exactly so - that's why I love this one :-) Favorite track: FACE Excerpt 2.

Juan Dahmen For me it's one of (if not the) best albums of the year. I always expect greatness of this musicians but this caught me totally off guard. Awesome composition, sound palette, execution...beautiful music.

Owen Keenan No longer known as Tuner? A shame, as I've been waiting nine years to make a "tunaface" joke. Oh well.
more...

PLEASE NOTE: In addition to the full piece you will get a digital booklet as well as 4 excerpts for download with your purchase here on Bandcamp.

Germany-based touch guitarist and composer of FACE, Markus Reuter says, “It’s like a journey where you’re mapping out where you’re going but then as it gets underway you have no idea which people you’re going to meet along the way, or what’s going to happen.”

With echoes of Mike Oldfield’s melodicism, Crimsonesque complexities, churning bass that wouldn’t be out of place in classic-era Yes and even languid Floyd-like soloing, the link to a progressive rock vocabulary is unmistakable.

Incorporating several different moods and personas during its intricately orchestrated duration, FACE is designed as a harmonic palindrome, looking both forward and backward. Ending as it begins with the ambient sound of an outdoors field recording, the listener is taken on a dramatic expedition in structure, rhythm, melody and harmony and then returned to the point of their departure.

Consisting of 385 bars of music, FACE is variously filled with tumbling percussives;radiant vocal harmonies; words intoned as if in some secret ritual; shimmering fuzzed guitars; waspish flights of stinging brass darting across fusillades of thunderous drums; surging keyboards whose lines ripple in spirals and mesh like gears into the rhythm tracks.

In the same way that an optical illusion challenges our perception, there are times when what appeared initially as intimate acoustic spaces suddenly empties out into arena-sized ambience, altering our impression of melody and aural space. Playful, exotic and diverse, it’s a piece that despite its relative brevity is as ambitious as it is capacious.

Against Reuter’s agile playing, Pat Mastelotto’s drumming bristles with his trademark muscularity, driving and defining the various movements throughout, augmenting the composition with his distinctive and alchemical approach to electronica.

The musical telepathy and empathy Mastelotto and Reuter display stems from a partnership that goes all the way back to Totem, their first release as TUNER in 2005, and from there as bandmates, touring the world in Crimson ProjeKct and Stick Men.

“Pushing ourselves as artists was definitely an important part of the process,” says Mastelotto, who regards this as probably the most challenging album to make in a recording career spanning more than four decades. Recording sessions for FACE took place between 2007 and 2011, although as Mastelotto recalls, the first three days involved the pair inputing data to create the necessary algorithms before either of them played a note.

With over 200 audio tracks divided into a fine grid into which guest musicians were invited to overdub their parts as written or in some cases improvised, this is like no other record the pair have been involved in before.

With so much of the album’s heavy lifting undertaken by the duo, the sonic palette was broadened with guest contributions. “I wanted something organic going on,” Mastelotto explains. That’s why there’s all sorts of different instruments appearing; strings, trombone, banjo and so on. Instead of getting those sounds on a synth we wanted to give it a little human touch.”

Where does the title FACE come from? Is it an appropriation of the word the French use for a side of an LP? the resolve to see something through no matter how difficult? A surface; an expression of the different facets we show to the world - who we are, where we’ve been and where we are going?

Perhaps the palindromic harmonic structure provides a clue. “We have the notes F, A, C, and E as a theme within the piece. The idea was to play with the idea that you can look at a piece of music from different sides. It’s all deep, heady stuff!” laughs Reuter.

In the end what truly matters is the ebb and flow of the music, the sounds experienced and sights evoked throughout its 35 minutes. “Imagine looking at a piece of fractal art. In a way, that’s sort of what the music of FACE is, opening out in a very fractalised way,” offers Mastelotto.

FACE is concerned with opening up the heart and the head and connecting to something larger than any individuals involved in its creation.

For Markus FACE represents the sum of all his musical experience to date, calling upon the entire body of compositional techniques. Summing up, Reuter explains,“FACE is very much a special piece in the body of my work. I don’t think there’s anything else quite like this out there today”.

Cover painting by Adam Jones
Layout and design by Bernhard Wöstheinrich for studioflokati.de

Pat thanks John and Garrison at DW Drums, Andrew, Kelly and Christian at Paiste, Ben at Vic Firth, Steve and Marco at Evans, John at Hammerax, Andrew and the folks at Roland.

Thanks to all the wonderful musicians involved as well as Ed Reynolds and Gina Fant-Saez for lending us an assortment of guitars and basses for this crazy project.

Special thanks to Fabio Trentini for his supernatural abilities and partnership, Lee Fletcher for his attention to detail, Anya Roz for the photography and Dirk Jacob at Tempus Fugit for believing in this record.

Pat and Markus have been making music together since 2005, years before the joined forces with Tony Levin to form Stick Men. Enjoy these elaborate studio works and two earthy and vibe-y live releases.

Bandcamp Daily  your guide to the world of Bandcamp

Featuring interviews with the mighty Haitus Kaiyote and genre-busting L'Rain.